This interpretation of the North Carolina lily, a cotton, pieced and appliqued, block-style, two-color quilt pattern that gained currency with quilters in the mid-19th century, was hand-quilted in white and green thread, backed with a loosely woven muslin, and filled with cotton batting. The lily is outline quilted, while the sashing and border are quilted in a double clamshell pattern of differing scales. 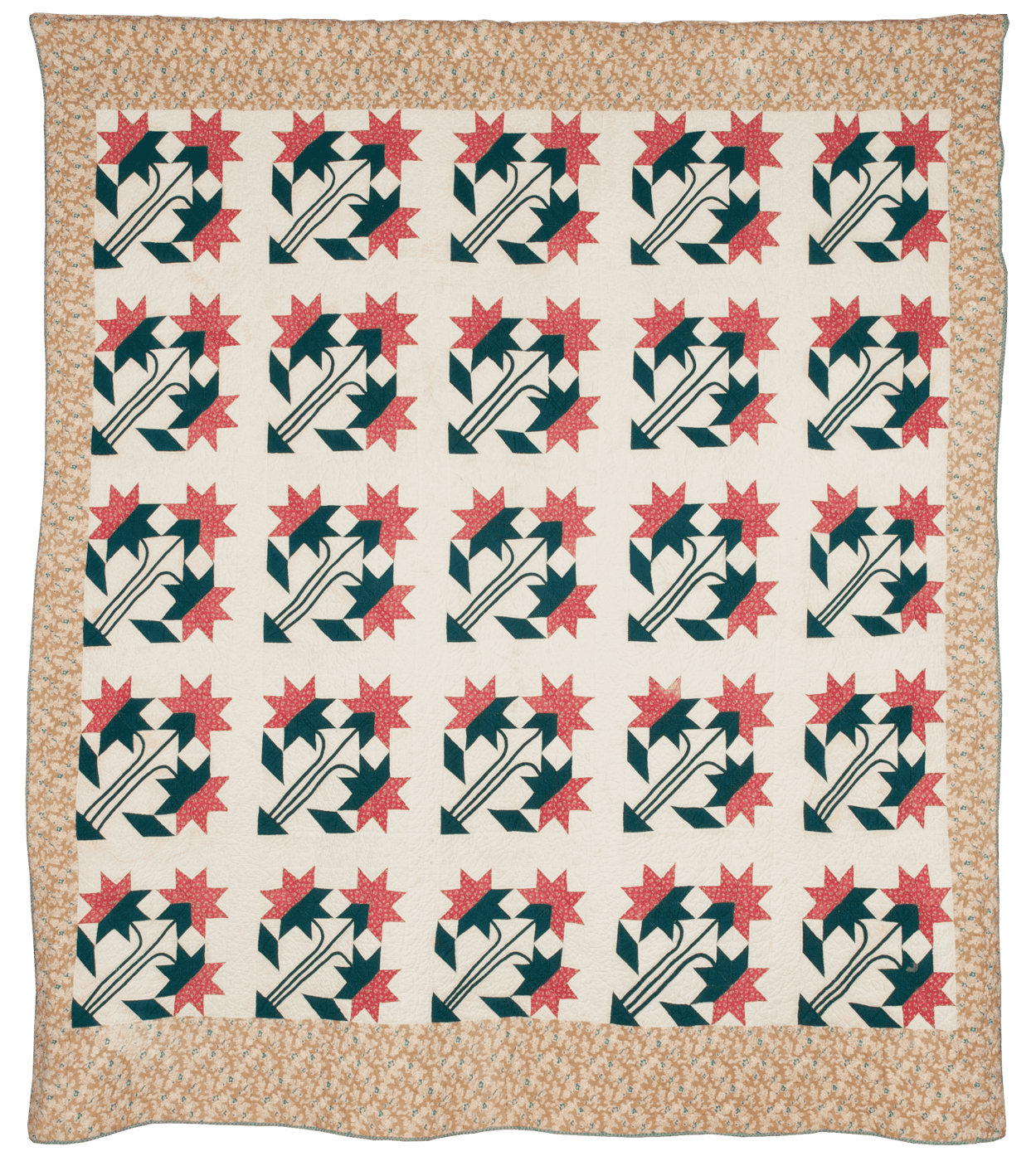 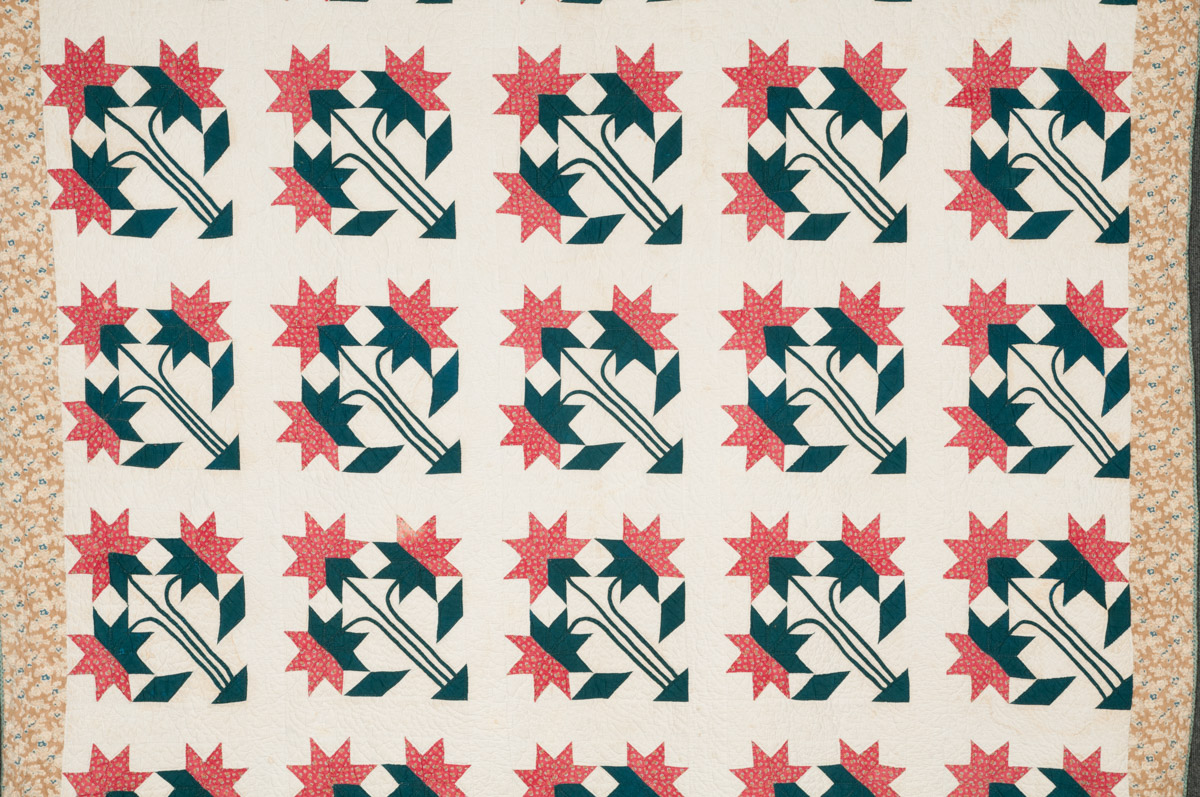 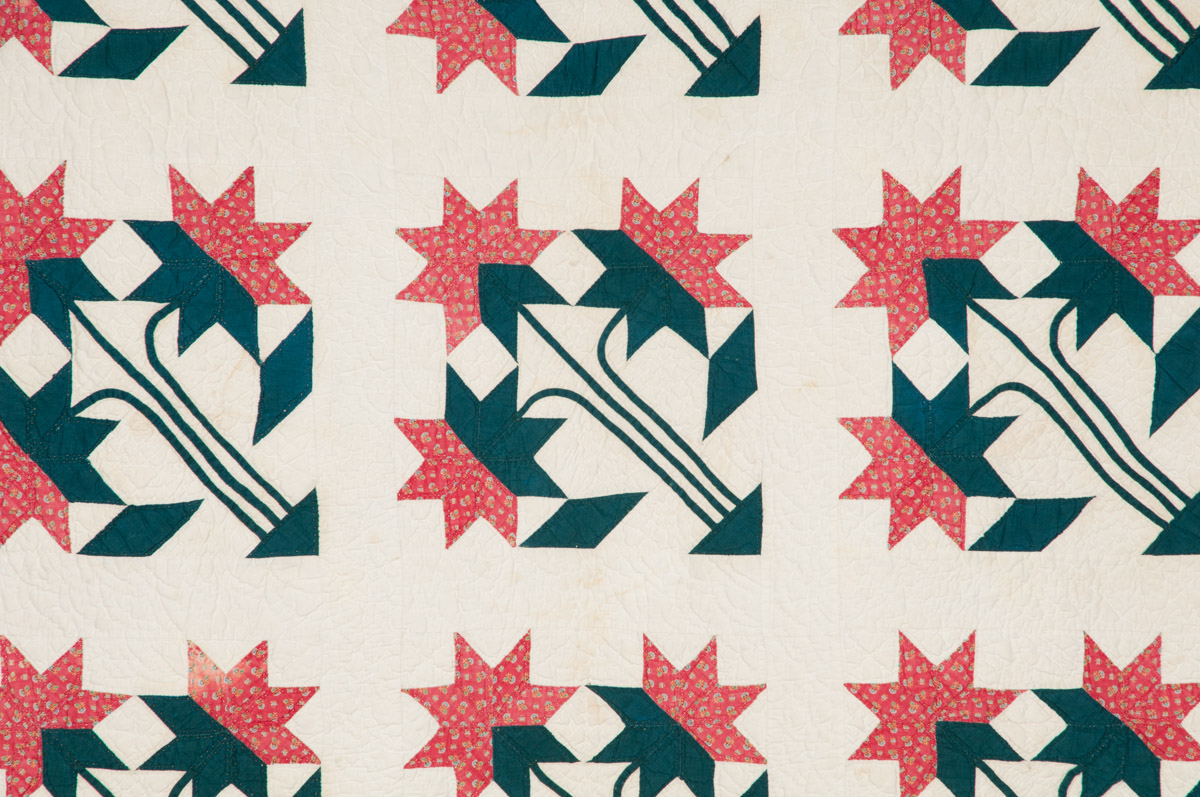 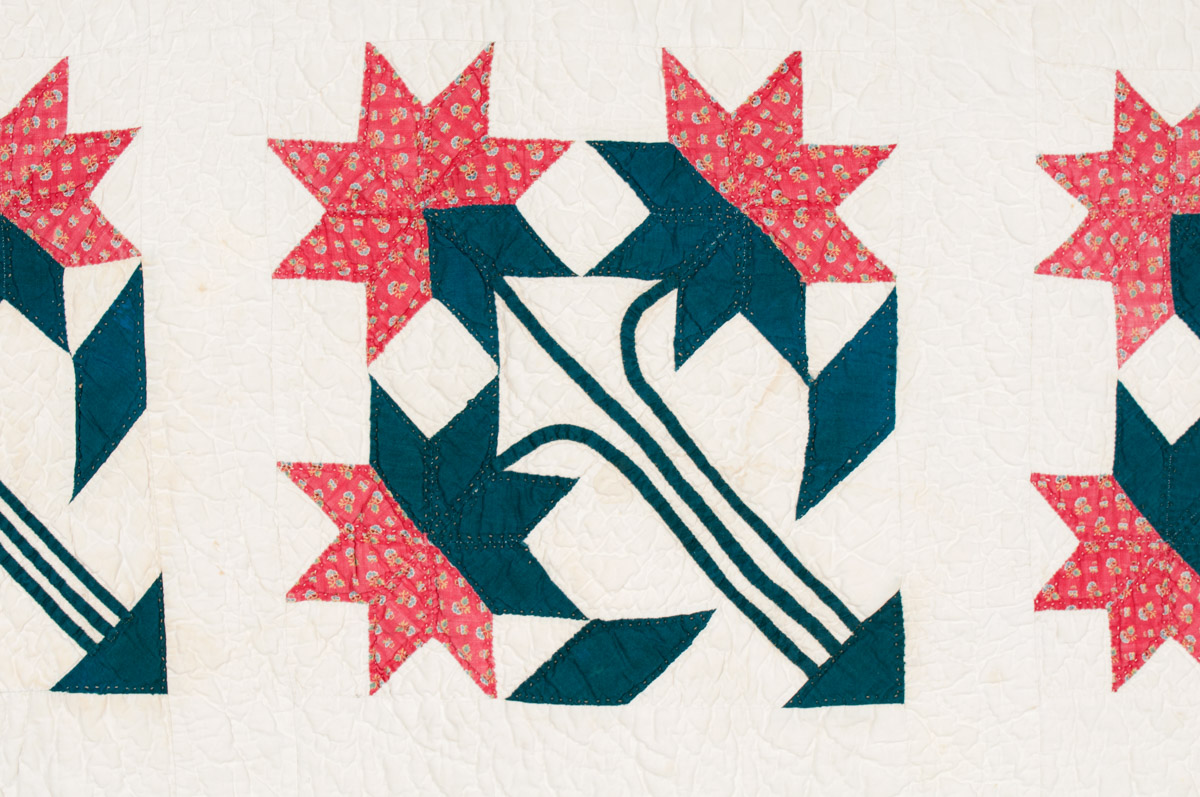 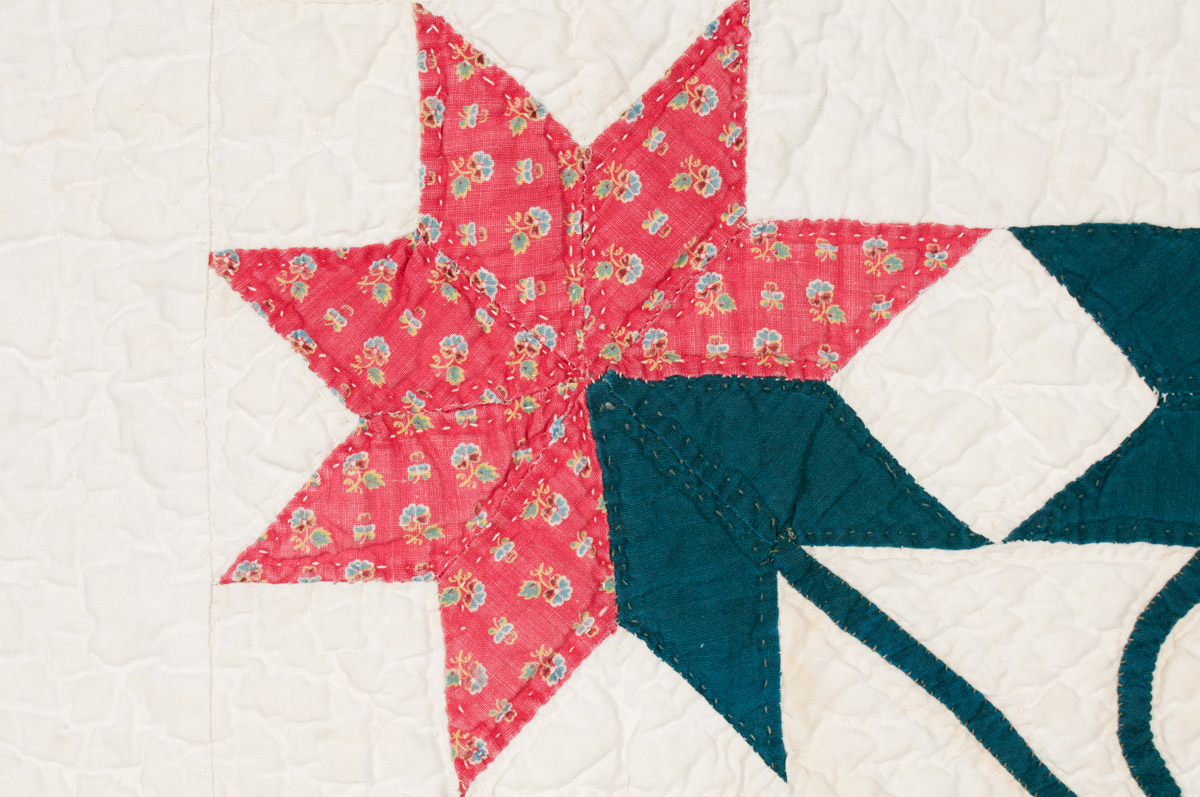 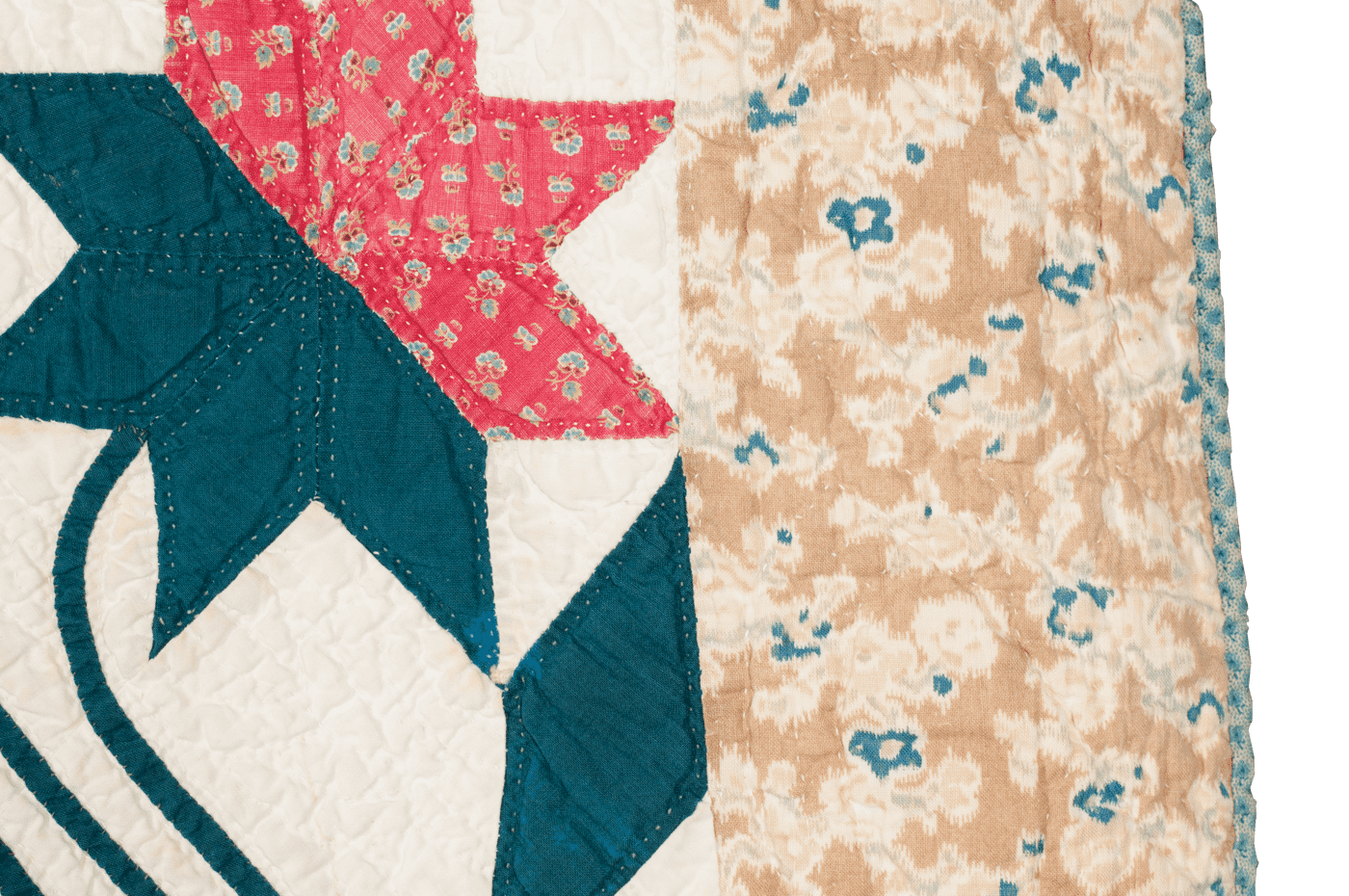 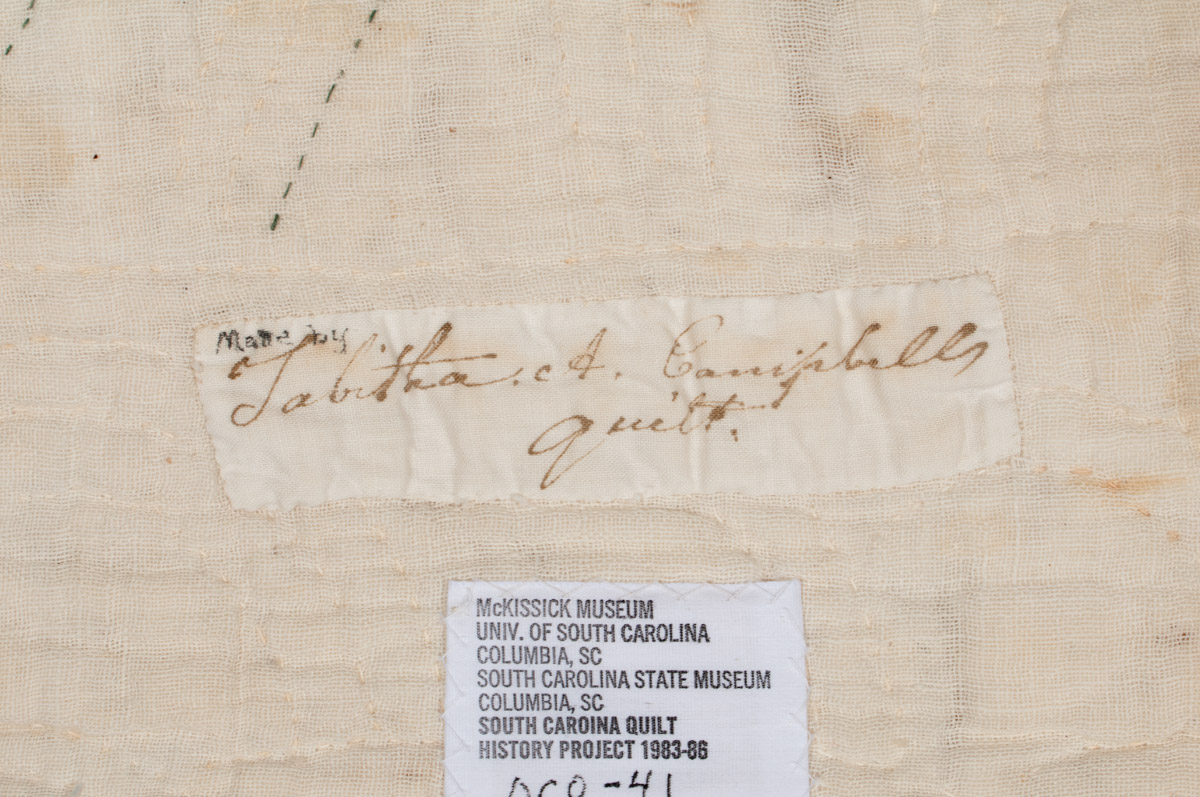 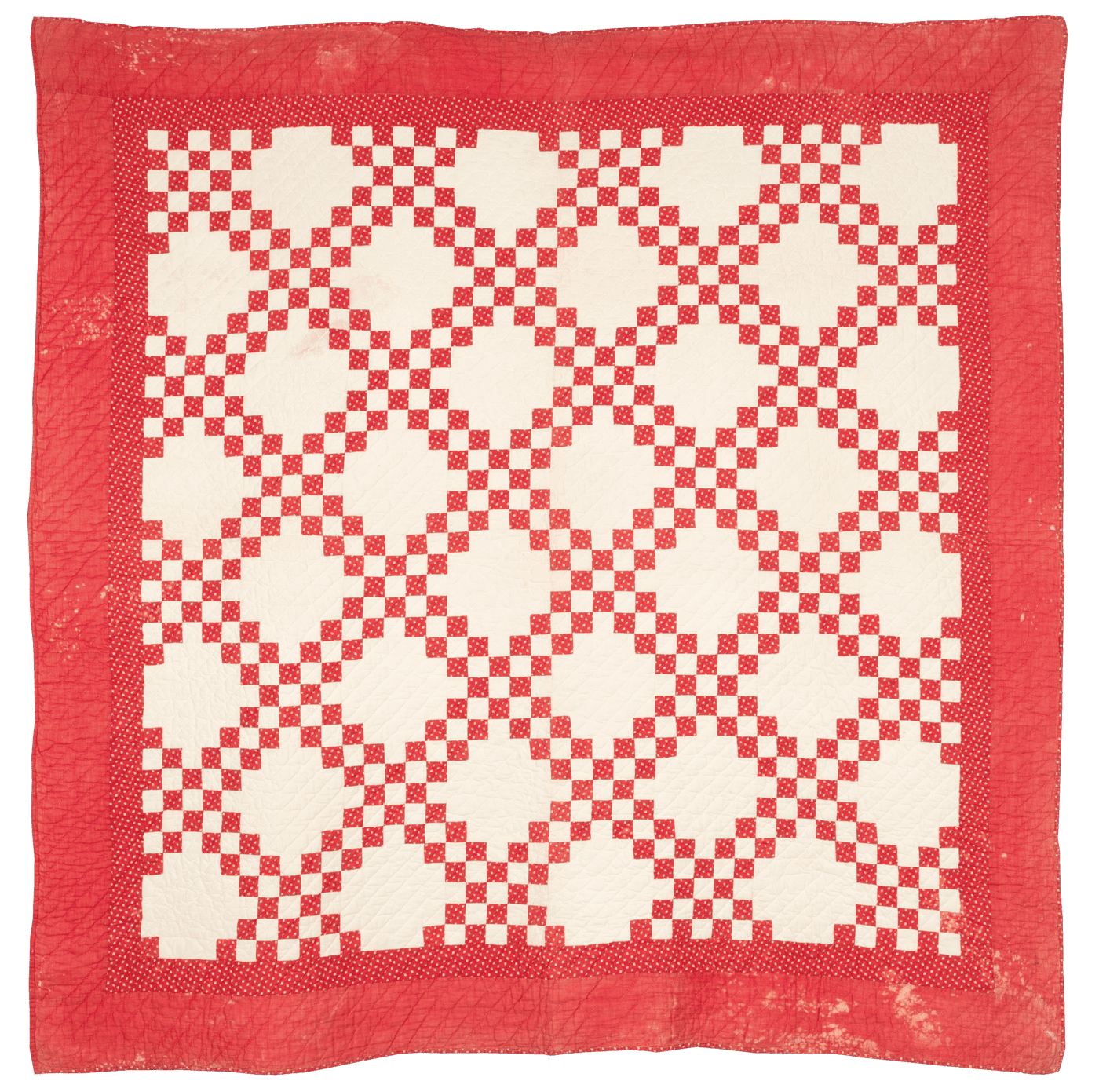 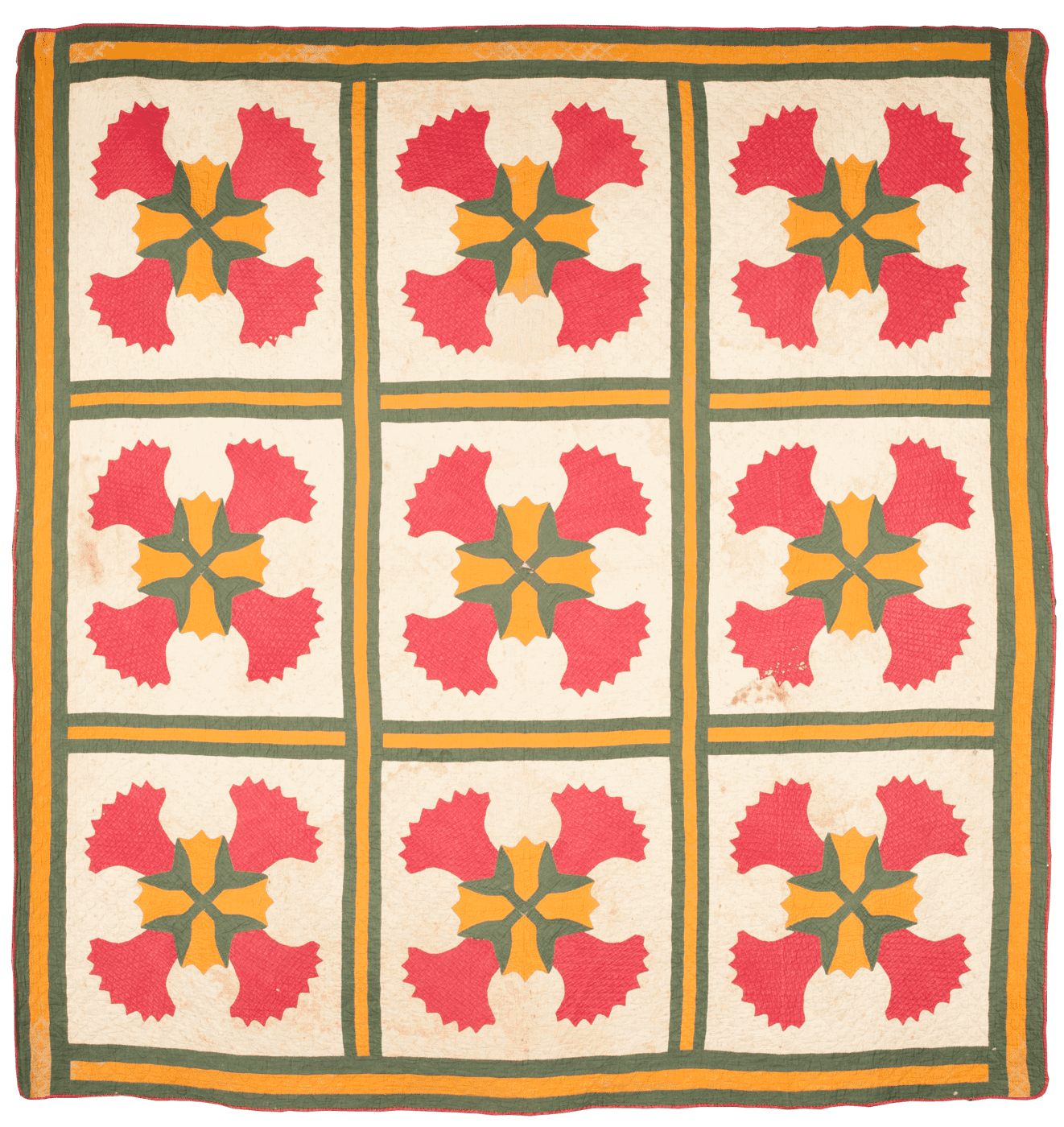 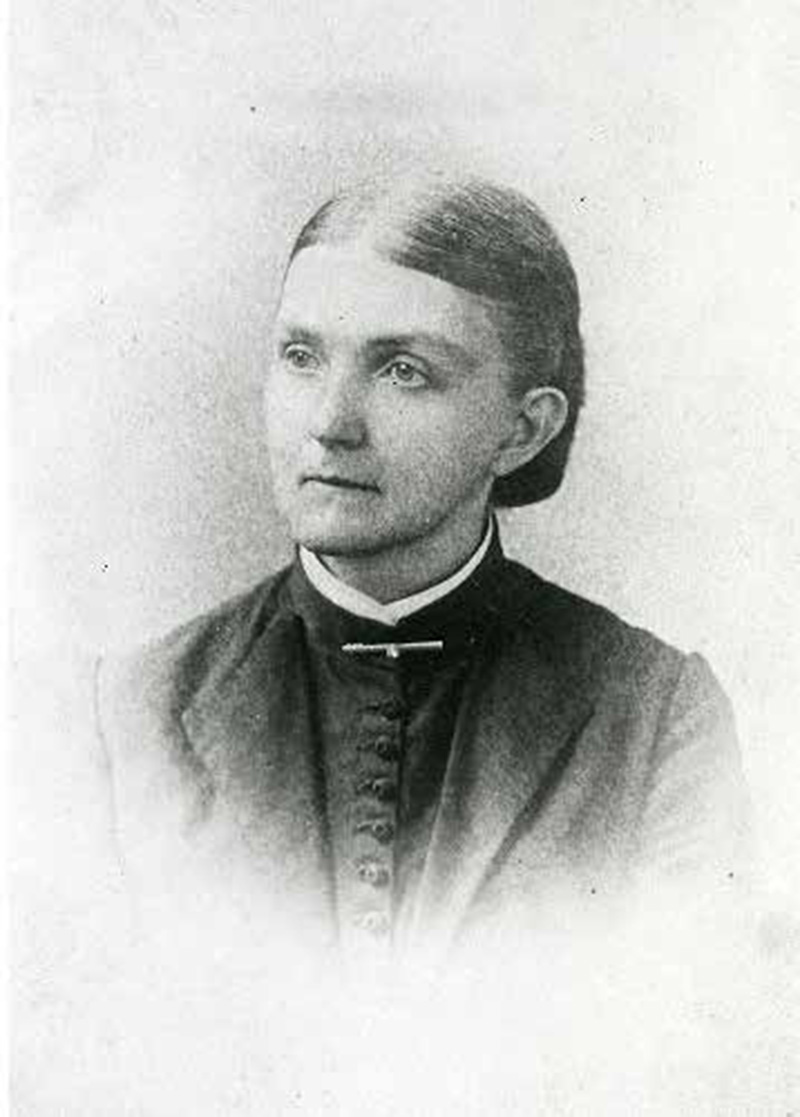 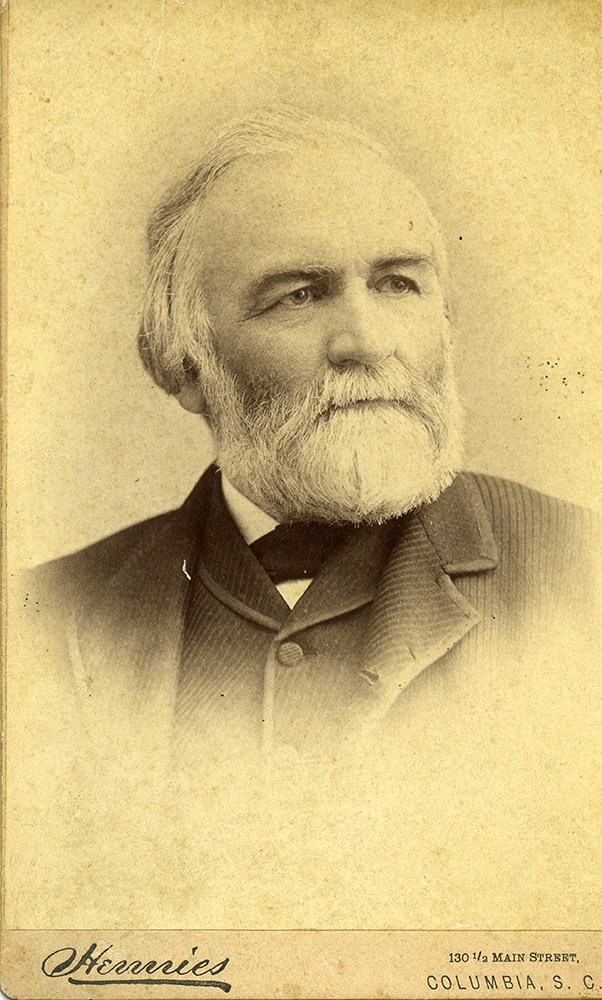 Tabitha Campbell was born in Newberry, SC, the second of the nine children of Tabitha Meek Campbell and Dr. Robert Erskine Campbell. She married Joseph Jeptha Norton in 1860. The couple had four children: Elizabeth, Robert, Sallie, and Joseph. Sadly, Robert died within a year of his birth. A practicing attorney, Jeptha Norton was an officer in the 1st South Carolina (Orr’s) Rifles during the Civil War. The letters he wrote to his wife during the war display a deep love of family.

After the war, Jeptha Norton served in the South Carolina legislature. The Nortons moved to Walhalla, SC in 1868, eventually acquiring a sizable amount of land in Oconee County. In 1871, as the executor of his late grandfather’s estate, Norton lists 10,000 acres of “mountain lands” to be auctioned off in tracts. A founder of the town of Seneca in 1874, he served as a circuit judge until just before his death in 1896.

According to the 1880 census, the Norton family employed Isabella Neal, a widow, as a cook and an African-American servant named Charleston Williams. After Jeptha passed away, their youngest daughter Sallie remained at home, as well as a boarder named Lillie Kelly. Tabitha died suddenly of pneumonia in 1908. Described as a “most excellent woman,” the Greenwood Daily Journal noted her passing as “deplored by her many friends.”